Urge Your Representative to Co-Sponsor H.R. 2382 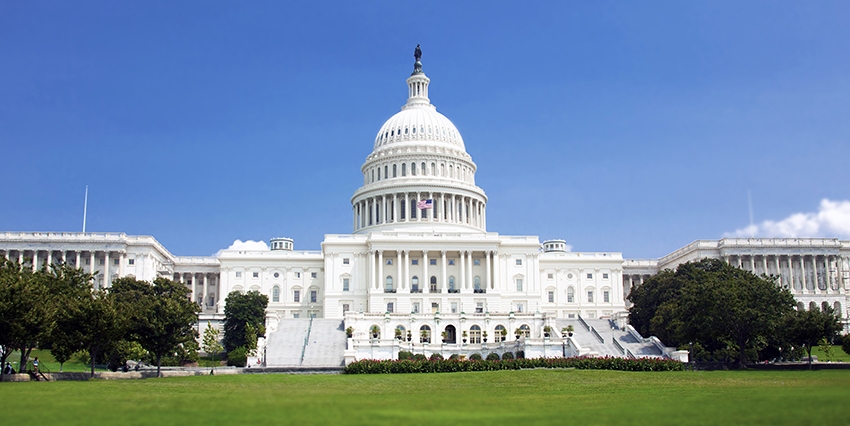 At the beginning of the year and of the current Congress, the House adopted a series of changes to the rules that govern considering legislation. In part, H. Res. 6 creates a “consensus calendar” in which a bill can be voted on by the full House, even if it has not been approved by the committee of jurisdiction.

To be eligible for this expedited procedure, the bill must have acquired at least 290 co-sponsors and not have been reported by the committee of primary jurisdiction. Once the 290-co-sponsor threshold has been reached, the sponsor of the bill may submit a motion to the clerk of the House to place the bill on the Consensus Calendar.

When the motion is filed, the bill sits for 25 legislative days, after which the bill is placed on the Consensus Calendar. The bill can be removed if the number of co-sponsors falls below 290 or the committee of jurisdiction approves the bill for House consideration. Finally, the House is required to consider at least one bill on the Consensus Calendar during any week in which the House is in session.

Why am I sharing these technical rules of the House with you? Well, there is a postal bill that, as of Oct. 31, had earned 272 bipartisan co-sponsors and demands prompt consideration by the House. H.R. 2382, which currently is only 18 votes short of the 290 mark, would eliminate the unfair and financially devastating requirement that the Postal Service pre-fund future retirees’ health benefits. A super-majority of two-thirds of the House is 290 members.

The bill, introduced by Rep. Peter DeFazio (D-OR), presently has 227 Democratic and 45 Republican co-sponsors. Noteworthy is this House majority includes 19 members of the House Oversight and Reform Committee. Clearly, the total number is well over the 218 votes necessary for House passage on a simple floor vote.

It’s important for each NAPS member to determine whether their representative is a co-sponsor. You can view a list of co-sponsors by visiting the NAPS website’s Legislative Center at “2019 NAPS Supported Legislation.” Scroll down and click “read more” under H.R. 2382. Once you are on the Congress.gov page, go to the “Summary” block, then click on the “co-sponsor tab.” Click on your state to see the co-sponsors’ names listed alphabetically.

If your representative is not listed, it is crucial for you to urge your elected official to join the majority of their colleagues to relieve the Postal Service of the unfair burden Congress itself imposed on the agency 13 years ago. The prefunding requirement has siphoned off billions of dollars that could have been used for postal operations.

It’s important that NAPS members educate first-term members of Congress that the Postal Service is the only entity—public or private—required to prefund retiree health premiums. It’s also important to remind veteran representatives of that fact.

In mid-October, the NAPS Executive Board conducted its semi-annual meeting. A presentation was made reviewing recent legislative and political events and NAPS’ strategy for the immediate future. While the board was in town, its Legislative Committee participated in the 50th episode of NAPS Chat, NAPS’ weekly podcast that focuses primarily on legislative, political and regulatory affairs that impact postal supervisors and managers. To listen, go to www.naps.org/NAPS-Chat.

Finally, as you may have learned in the national media, NAPS has lost a dear friend and legislative champion. Rep. Elijah Cummings (D-MD), chairman of the House Committee on Oversight and Reform, died Oct. 17. He leaves a legacy of dedication to postal and federal employees and annuitants.

Cummings was particularly effective in preventing painful and deep cuts to health and retiree benefits. Such cuts have been proposed by the current White House in its three annual budgets, as well as reductions recommended by anti-public-service members of Congress.

NAPS was privileged to hear directly from Cummings at Legislative Training Seminars; Maryland NAPS members always were thrilled with their personal interactions with him.

In addition, I know how proud Capitol-Atlantic Area Vice President Troy Griffin, Maryland State President Steve Shawn, Branch 42 President Maxine Campbell and all the members of Branch 42 were of Cummings; they cherished their relationship with him. NAPS has extended its deepest sympathies to Cummings’ family and the members of his loyal staff.