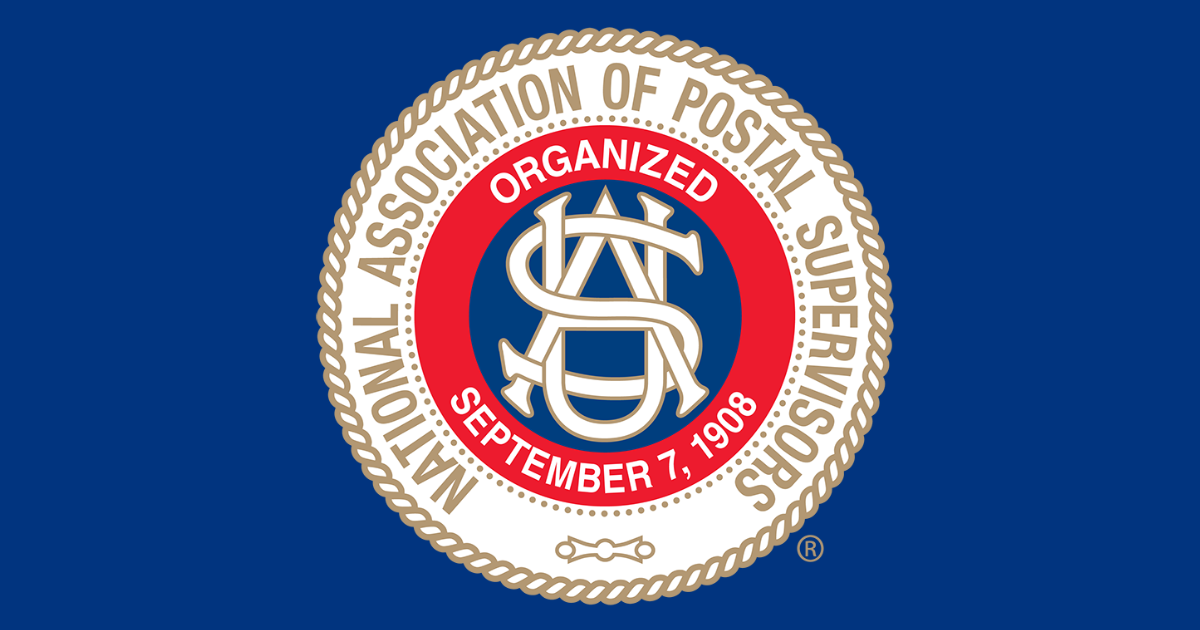 Chairman Connolly and members of the committee, thank you for providing me the opportunity to share the views of the National Association of Postal Supervisors (NAPS) regarding postal performance and a variety of other postal-related issues as the Postal Service ramps up for the holiday mail season.

My name is Charles Mulidore. I have the honor of serving as Executive Vice President of the National Association of Postal Supervisors, representing approximately 48,000 supervisors, managers, and postmasters employed by the U.S. Postal Service. For over a century, NAPS has strived to enhance the operations and finances of the Postal Service, and improve the compensation and working conditions of supervisory and managerial level postal employees. NAPS members manage and supervise mail processing, retail and delivery operations. We also represent men and women engaged in every functional unit in the Postal Service, including customer service, marketing, human resources, training, corporate relations, law enforcement, and health and safety. In sum, NAPS members help ensure the high quality of the postal services Americans expect and deserve.

As you may recall, NAPS National President Ivan Butts testified at the September 7, 2022, Philadelphia field hearing. His testimony outlined NAPS’ views about the challenges confronting frontline postal supervisors, managers, and postmasters. In addition, President Butts expressed our concerns about: ongoing postal headquarters plans to consolidate and realign sorting and mail delivery facilities across the country; USPS preparation for the 2022 election; and the importance of protecting postal personnel and property. Please consider this testimony as a supplement to our September statement.

I would start off by heralding postal employee performance during the 2022 election season. It was exemplary and NAPS expects that high level of service to continue for the December 6 Senate Georgia runoff election. NAPS is privileged to serve on the USPS Election Mail Task Force and was pleased to contribute to the election effort and supervise postal operations during the election season. The Postal Service’s role during elections is conveying absentee ballots from an election authority to voters and the return of the completed ball back to the election authority. It is important to recognize just how complicated the election process is for the Postal Service. Each one of the 50 states has different election requirements and timelines, and each county within a state and the 16 United States territories may have their own rules for absentee ballots. Moreover, the Postal Service transports ballots cast overseas, including the ballots of military personnel. Indeed, voters have entrusted the Postal Service with sacred responsibility of delivering democracy for America. Postal employees have not let them down.

As President Butts testified in September, NAPS supports H.R. 1307, “The Vote by Mail Tracking Act,” that would require each state to use a standard envelope design and a distinct barcode that enables the tracking of each individual ballot. Uniformity in envelope design would alleviate some of the complicating factors in the carriage of absentee ballots. The provisions of H.R. 1307 are consistent with the Postal Service Inspector General’s recommendation that the USPS leverage its partnerships with state and local election authorities to create a unique simplified postal product for election mail. NAPS urges Congress to pass this important legislation prior to the next election.

One issue that was brought to NAPS’ attention during the election involved the timeliness of postmarks in rural locations, particularly in Alaska. Many small Alaskan post offices, upon receipt of an absentee ballot, do not affix the postmark at the local post office; rather, the ballot is forwarded to the regional mail processing facility where it is postmarked. Consequently, if there is a delay in getting the ballot to the processing plant, the ballot could be postmarked after the designated deadline and, therefore, be disallowed by the election authority. It may be prudent to have absentee ballots that are cast in remote locations to be hand postmarked at the local post office, so there is less chance that the ballot would be disallowed due to weather or other types of delays.

Another issue that I would like to bring to the attention of the committee are numerous late-October media reports that postal officials were cautioning Americans against using mail collection boxes for depositing outgoing mail, particularly in the afternoon (i.e., after the last mail pickup) and during weekends. Such mail would include ballots, particularly during the end of October and beginning of November. NAPS fears that the 2020 Postal Inspection Service policy of restricting postal police to postal owned or leased real estate resulted in the exposure of postal property to criminal acts. The U.S. Postal Service’s capability to protect mail, property and personnel associated with our national postal system is paramount and is written in statute. For many Americans, post offices may be inconveniently located or inaccessible, and office hours have been reduced. The mail collection box fills the void. Moreover, mail collection boxes serve as ballot boxes for countless Americans. The abandonment of conveniently located mail collection boxes not only reduces postal accessibility, but can become a target for those who want to undermine high voting performance. NAPS is working side-by-side with the Postal Police Officers Association, an affiliate of the Fraternal Order of Police, to restore the full authority of the postal police force to protect, enforce and investigate all crimes against mail, and postal personnel and property. NAPS supports H.R. 8186, legislation introduced by Representative Eleanor Holmes Norton (D-DC), and H.R. 5587, legislation introduced by Rep. Andrew Garbarino (R-NY) to clarify that postal police protection of mail, property and personnel, is not at the discretion of the Inspection Service’s leadership. It’s part of the service’s core mission.

NAPS, once again, thanks Chairwoman Maloney and Ranking Member Comer for their leadership in shepherding the Postal Service Reform Act of 2022 through Congress, and the members of the committee for working in a bipartisan fashion in perfecting the measure prior to passage. However, as we all can appreciate, the job is not complete. One of the outstanding fiscal issues that needs to be addressed is correcting the unfair way in which the Office of Personnel Management calculates the Postal Service’s federal pension liability. For well over a decade, it has been suggested by both the Office of the Postal Inspector General and the Postal Regulatory Commission that OPM adopt accounting standards that treat Postal Service fairly in its annual valuation of the USPS’ pension liability. The PRC-commissioned report, conducted by the Segal Company in 2010, concluded that the OPM methodology is not “fair and equitable.” For example, the OPM postal pension methodology assumes a lower accrual rate during the beginning of postal employment and fails to account for the increased future compensation that increased the value of pension credit earned during employment by Post Office Department (i.e., before the Postal Service was established). Adopting a private sector standard or standards used by other public sector employers would significantly reduce, if not eliminate, the Postal Service’s pension liability. As a result, the pension amortization payments, which total over $3 billion per year could be dramatically reduced, if not erased. NAPS believes that modernizing the methodology for calculating the Postal Service’s pension liability does not require legislation; it could be implemented by administrative action by the White House.

The Bureau of Labor Statistics reported an increase of 2,000 postal employees over the past month. The data does not reflect whether the employees are career-based employees. Despite these numbers, NAPS believes that Postal Headquarters efforts to onboard new employees are falling short and may impact service. As President Butts explained in September, at times, postal supervisors and postmasters are wrongly being forced to cover the delivery routes of carriers to cover the staffing shortfall . In addition, a greater effort needs to be made in hiring competent supervisors and ensuring that qualified, experienced and trained postal managers are on the job. Too many facilities lack appropriately trained supervisors or employ “acting capacity” personnel who are in need of appropriate training.

Consolidation and Realignment of Postal Facilities

Finally, I would like to reiterate President Butt’s critique of the Postal Service’s sorting and delivery center consolidation and realignment plan, unveiled earlier this year. As we now recognize, it was not ready for prime time and the Postal Service has taken its foot off the gas. Headquarters has delayed consolidation and realignment plans for certain communities due to “unforeseen” or “unanticipated” issues. However, the plan has not been suspended, so Congress needs to exercise its oversight responsibility to take a closer look at the initiative. Equally important, the process for implementing the plan must comply with law, which requires public transparency and stakeholder input. NAPS continues to believe that the Postal Service should not proceed with these consolidations and realignments without first performing the necessary feasibility studies and receiving public input as required by Public Law 109-435, the Postal Accountability and Enhancement Act (PAEA).

Mr. Chairman, thank you for the opportunity to share NAPS’ views with you today. NAPS looks forward to working with the Committee to sustain a vital, sustainable and vibrant Postal Service.