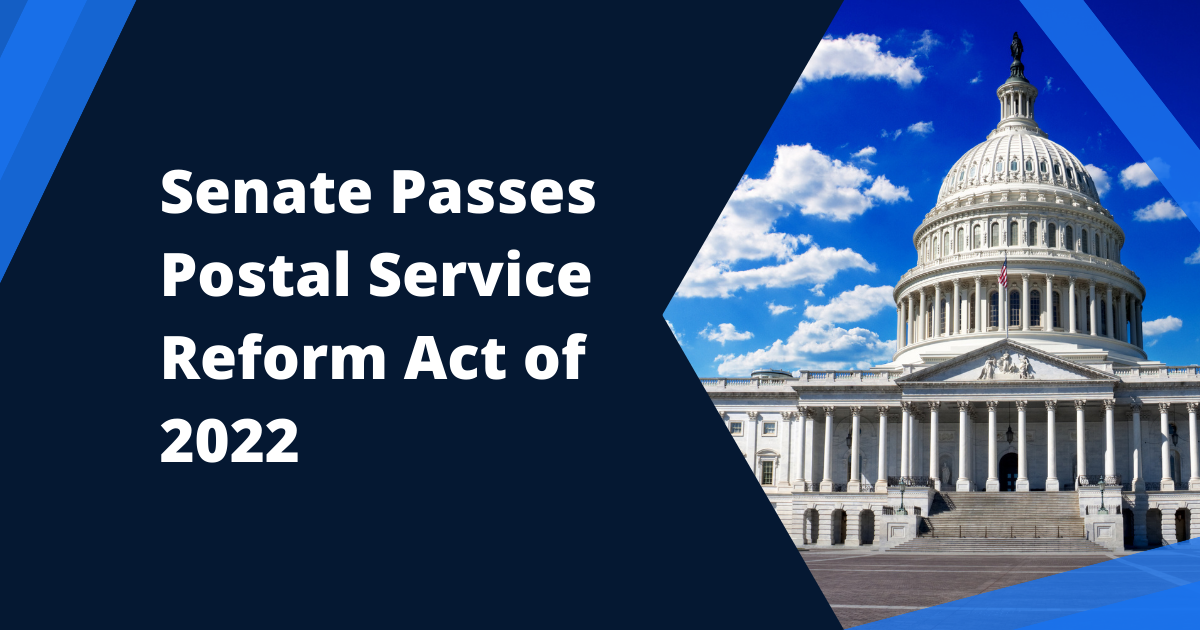 After overcoming numerous procedural speed bumps over the past few weeks, the Senate finally passed H.R. 3076, the Postal Reform Act of 2022, by a 79-19 majority. The House passed the bill by a 342-92 majority in early February. NAPS applauds the diligent legislative efforts of Senate Homeland Security and Governmental Affairs Chairman Gary Peters (D-MI) and Committee Ranking Member Rob Portman (R-OH) shepherding the bill through the Senate. The bill will be forwarded to President Joseph Biden's for his signature, at which point it will become law.