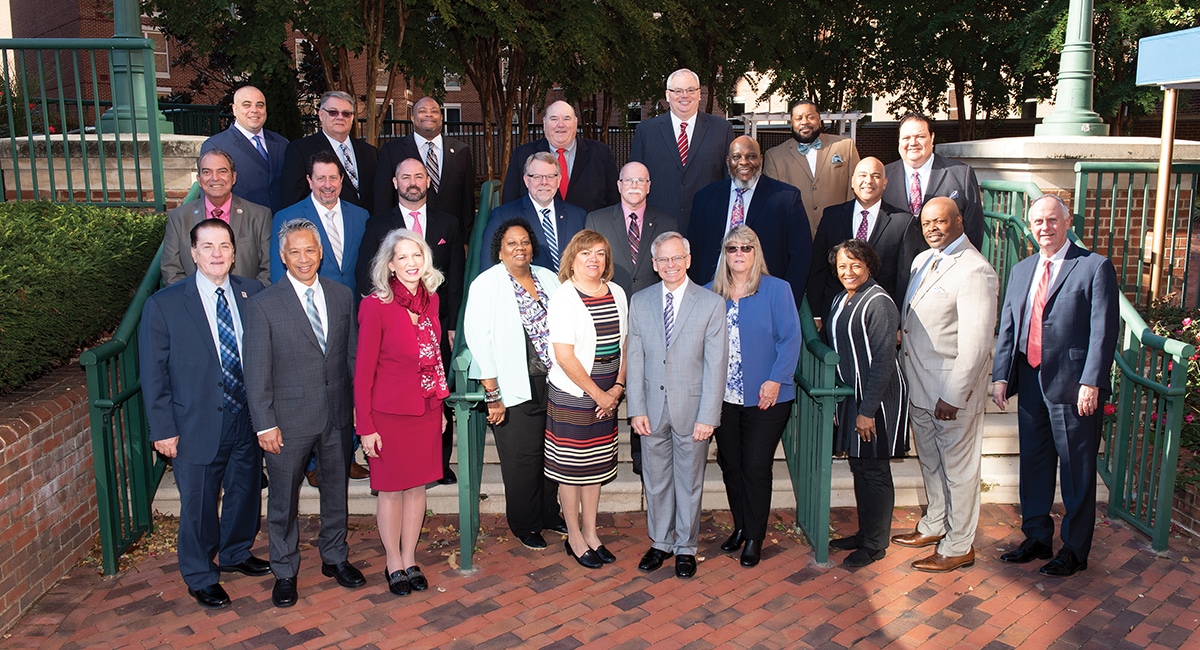 The post-2018 National Convention Executive Board meeting was called to order at 9 a.m. on Saturday, Aug. 11, by Chairman of the Board Tim Ford. Eastern Region Vice President Richard L. Green Jr. gave the invocation.

President Brian Wagner welcomed the new board and congratulated everyone on the recent election. He said he looks forward to working with board members the next two years. He thanked the departing board members. Wagner declared the convention a success.

Executive Vice President Ivan D. Butts congratulated the newly elected and returning board members. He said he was looking forward to working with the board on behalf of NAPS for the next two years. He also thanked the departing board members.

Mulidore welcomed all new and returning board members. He said he was looking forward to the board working as a team for the next two years.

Ford also welcomed the new board. There was no old business.

Next was an update on pay talks. Confidential information was provided regarding the pay talks and fact-finding. An update also was provided on litigation.

The fall 2018 Executive Board meeting dates are Oct. 21-24. In his closing remarks, Wagner said he welcomed moving forward with confidence with the new board to take on the many difficult issues that lie ahead.