Building a Communication Bridge— Someone Has to Do It! 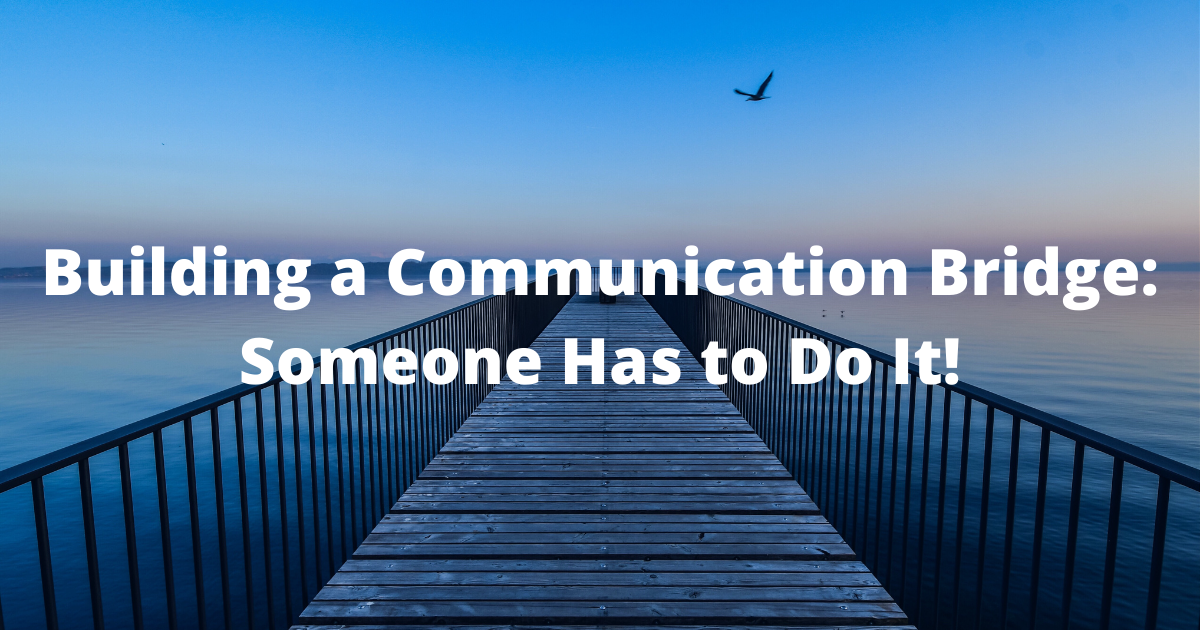 We are the largest communication service in the world, yet we simply can’t communicate with each other. Why?

I don’t pretend to have all the answers to resolve every single USPS and NAPS concern to this question, but what I do know is this: From the top down, we don’t communicate well within each level of management. And that is regardless of the management style adopted, be it “stove top” or the structure we had for what felt like a postal millennium, even though it’s been tweaked a number of times over the years under different PMGs. Is it a bottom-up or a top-down problem?

I think it’s a combination of both. When there’s bad communication, everyone has to look at themselves in the mirror and take some blame. If anyone here believes the other person has to build the bridge before they walk across it, then why even bother to communicate with each other?

Some leaders may argue and say this is nonsense; we communicate with the lower levels every day via emails and Zoom meetings. Perhaps detached communication is the problem and, to be fair, COVID contributed to this. Regardless, while embracing new technologies, some leaders have reverted to the bad old days of disrespecting and scolding people on Zoom meetings in front of their peers.

Haven’t these Neanderthal leaders learned anything over the years? This is not communication! It may have been how they grew up, but it’s not professional in the workplace to disrespect subordinates. Dignity and respect are the foundation to building a bridge of communication; without it, the bridge will collapse.

As the new NAPS New York Area vice president, I’ve noticed many new faces in the USPS leadership rank and file. To be fair, there are many new faces in NAPS since the RIF ended. I reached out to Jill Millard, director of Labor in the Atlantic Area and a USPS official whom I respect. She, in turn, reached out to her peer in Human Resources, Phillis O’Neil-McGinnis, whom I also consider in the same vein.

Both thought it would be a good idea to have a communication “meet and greet” with NAPS New York branch leaders. On Feb. 14, we had a short, 20-minute Zoom meeting. The purpose was to have HR and Labor area managers introduce themselves to their counterparts in NAPS; the NAPS leaders did the same.

Nearly all of us are strangers to each other; this brief introduction was an ice-breaking moment. Now, it’s up to NAPS and USPS management to work together on building a communication bridge that leads to fixing concerns, especially when adverse actions arise.

On Feb. 16, Northeast Region Vice President Tommy Roma and I had a communication bridge-building meeting with the Brooklyn plant manager and her senior MDO. Representing NAPS was the local acting branch president and two NAPS members who work in this plant. The purpose was to hear about the plant manager’s concerns with her EAS staff and for her to hear our concerns.

All NAPS wants is for this mail plant to be successful and our NAPS EAS employees to be contributors to its success. We covered many concerns by first exhibiting dignity and respect at all times toward everyone. This ice-breaking meeting allowed NAPS and local USPS management to lay the building blocks for the foundation to continue building this second bridge in Brooklyn, with additional follow-up meetings in the near future.

Remember: “Sincerity is the mortar that holds the blocks together.”