The Vince Palladino Memorial Student Scholarships are awarded in memory of the late NAPS president and honor his dedication to NAPS members and their families. These scholarships are sponsored solely by NAPS.

This application must be received no later than July 31, 2019, at the address provided below. 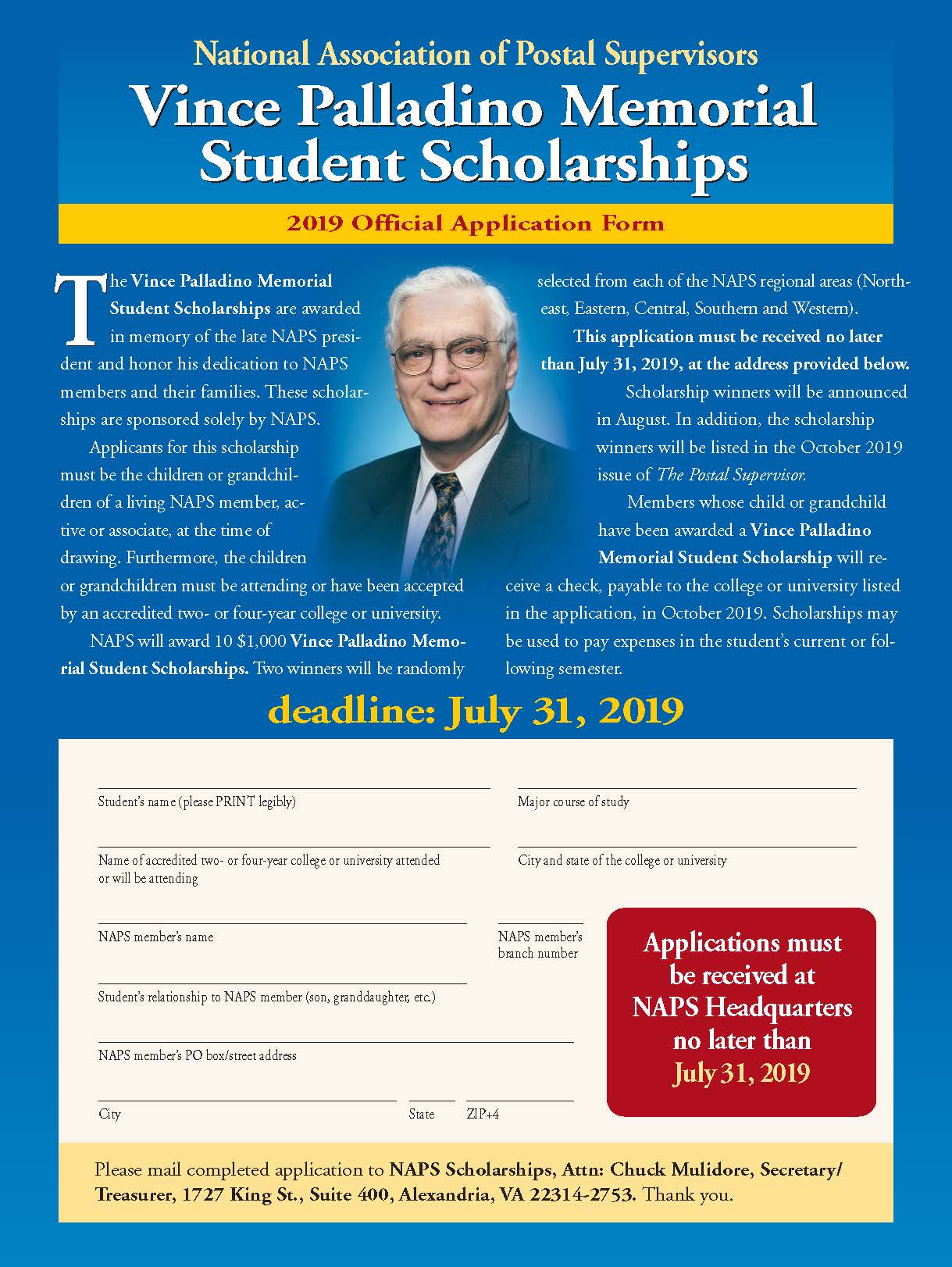