Rep. Mark DeSaulnier, (D-11th CA), his staff and many community activists sponsored the effort to rename the building. This event might not have been successful but for the efforts of the National Post Office Collaborate that recently won a lawsuit blocking the sale of the Berkeley and Richmond post offices and designating the facilities historical sites. Collaborate members Jacquelyn McCormick and Harvey Smith and supporters of the postal coalition also attended the event.

McCraw began his postal career in Richmond, CA, at age 17 as a letter carrier. He was named postmaster of Richmond in 1974. He served in many details during his 45-year career; he died in 2001 while serving as postmaster.

He was well-known in the community and helped many fellow postal workers achieve upward mobility. McCraw was an adviser, mentor and very active in the Richmond community.

Clarice Golden, retired postmaster of Haywood, CA, and a founding member of the California Postal Legislative Coalition, spoke about the historic recognition in renaming the post office. McCraw is the second black postmaster nationwide to have a post office named after him. The Bay Valley District manager and his staff, local politicians, family and many friends turned out for this historic occasion.

I was honored to have met Harold and know many of the postal employees he helped along the way. This occasion was a great way to end Black History Month and pay tribute to a giant in the Richmond, CA, community. 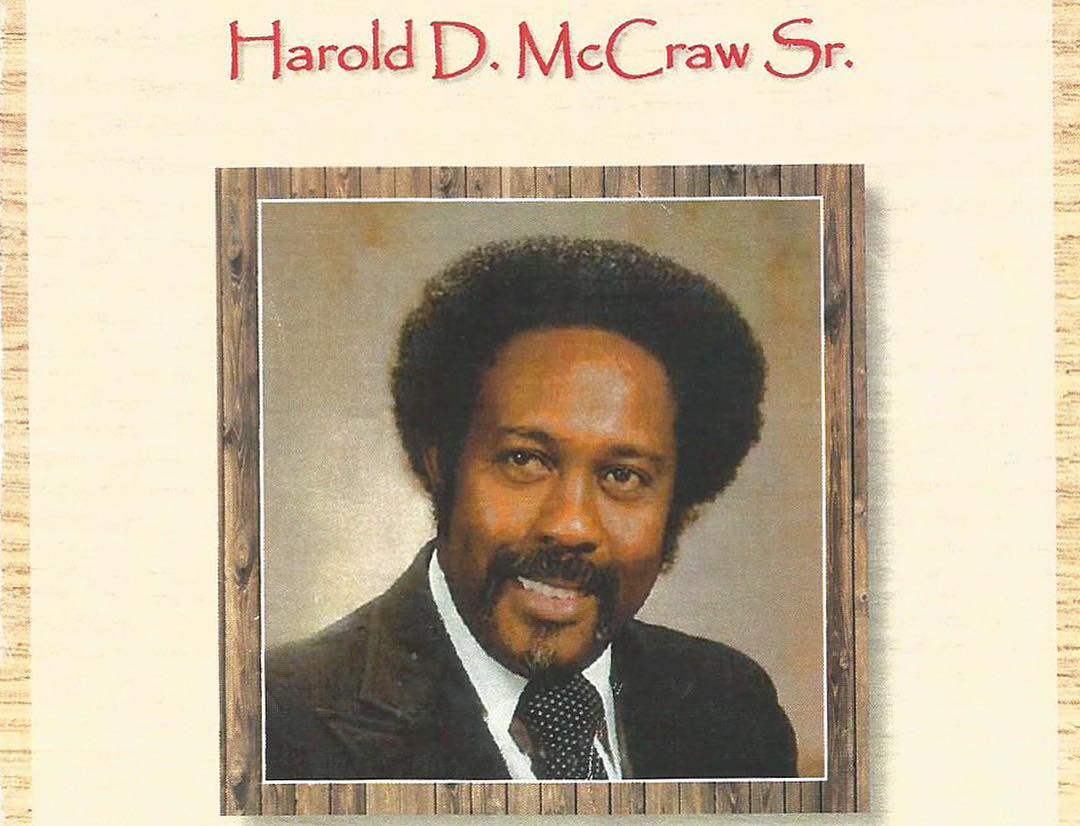 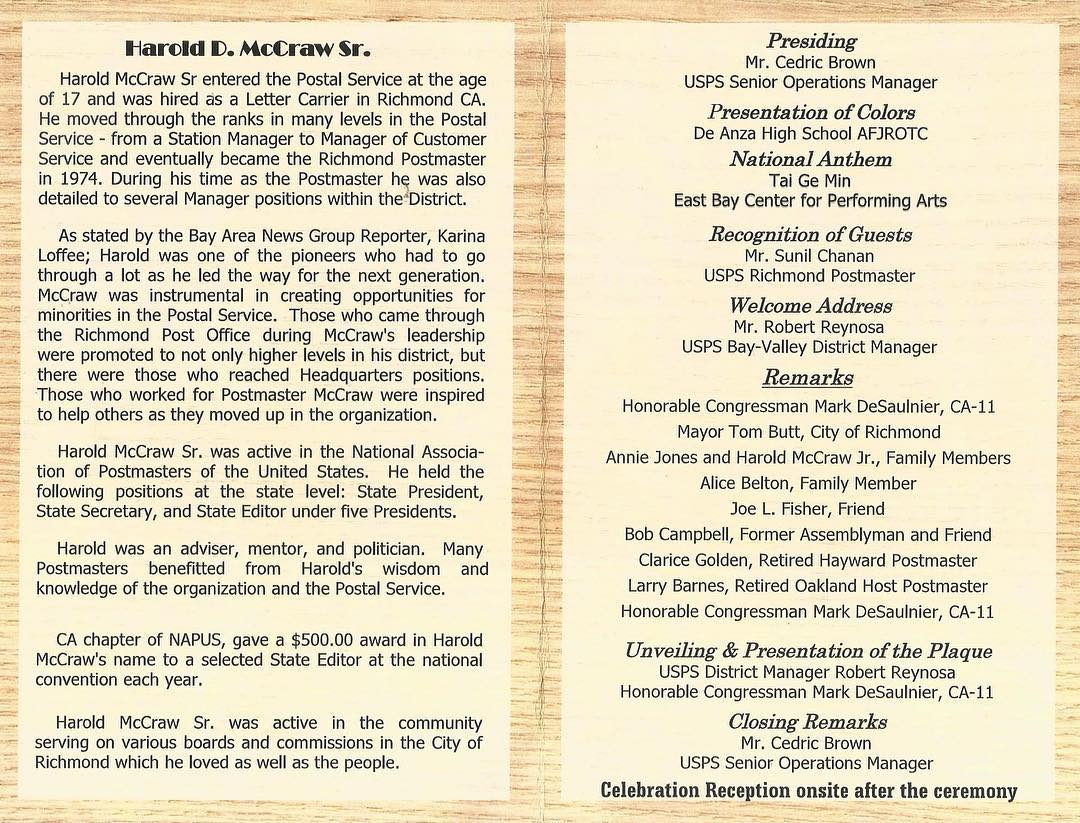