All is well in the Big Easy. We are looking forward to welcoming all of you to New Orleans in August. If you’ve never visited, you are in for a treat.

New Orleans has a vibrant history. The city’s culture encompasses its French, Spanish, Native American and Afro-Caribbean roots. There is nowhere else that keeps its history vital through culture as New Orleans. Indeed, this gumbo pot of culture is the basis for New Orleans’ traditions, cuisine, jazz music and architectural designs. 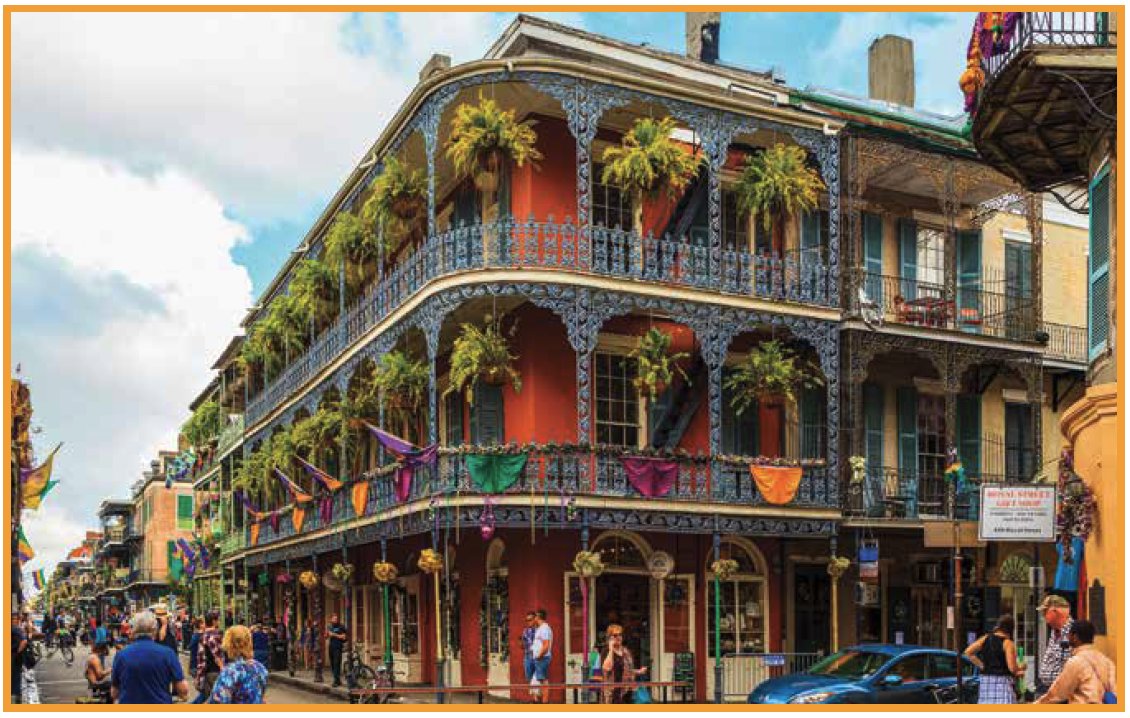 New Orleans boasts many traditions. Perhaps the most popular is Mardi Gras. Did you know New Orleans’ Mardi Gras traditions have centuries-old roots in French and Spanish Catholicism, as well as African and Native American traditions?

According to historians, the first-ever Mardi Gras in the United States took place on March 3, 1699, when French explorers Bienville and Iberville put down stakes on the west bank of the Mississippi River approximately 60 miles downriver of what would become the Crescent City. The City of New Orleans was subsequently founded in 1718. So, technically, New Orleans gets the credit for the first-ever Mardi Gras celebrated in the United States—not our Southern neighbor, Mobile, AL.

The practical reason for Fat Tuesday feasts, as Mardi Gras sometimes is referred, related to meat and dairy products going bad before Lent was over. Fat Tuesday was the day to eat and drink before the start of Lent and 40 days of fasting for Catholics in the city.

Another attraction in New Orleans is the cuisine. Here, we celebrate everything with food. We have festivals centered on food: the Strawberry, Crawfish, Gumbo and Fried Chicken festivals, to name a few. 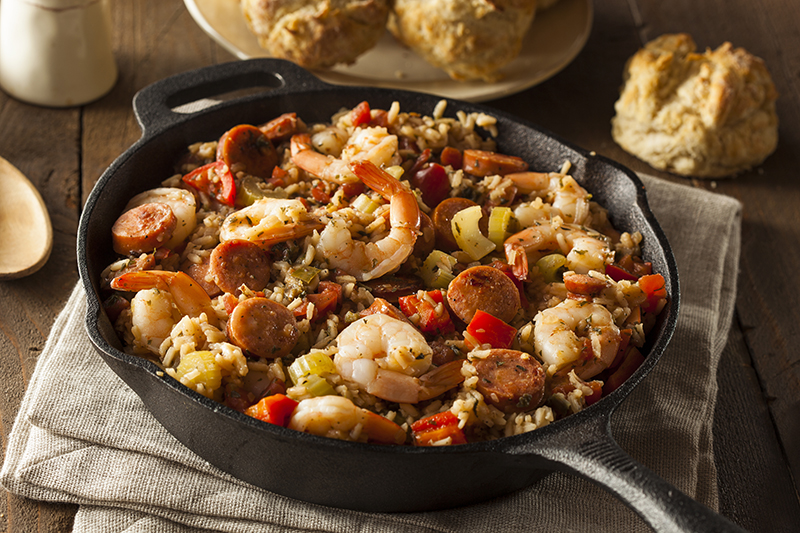 A New Orleans staples is red beans and rice on Mondays. The history behind this practice is that Mondays were affectionately known as “laundry day.” Before washing machines became popular, clothes were washed by hand. Because Monday was “laundry day,” housewives did not have much time to cook. Dinner had to be something that could cook by itself.

So, the night before, they soaked kidney beans overnight. After soaking and draining the beans, they cooked on the stove all day, with spices and meat added. Voilà! Dinner.

New Orleans also is famous for its gumbo, jambalaya and boiled seafood. The list does not stop there! New Orleans cuisine is some of the best you ever will eat.

Now that you’ve learned some of our traditions and cuisine, have I convinced you to book your trip? I look forward to seeing you in the Big Easy in August. But, before you come on down, let’s discuss some of the unique aspects of New Orleans, one of those being the naming of streets.

If you are looking for a Main Street in New Orleans, you will not find one. New Orleans is known for its street names. If you are not a native, you are sure to mispronounce the street names. In NOLA, our street names are as colorful as our culture. The word for “street” in the French Quarter is “rue.” Here is a list of some of the streets:

Bourbon Street: Named for France’s House of Bourbon, not for the copious amounts of whiskey consumed there.

Canal Street: Named for a canal that was, alas, never built.

Dauphine Street: A dauphine is the wife of the dauphin, heir to the French royal throne. While the street probably was named for whoever was dauphine at the time, it has been written that it was named for the French province of Dauphine.

Frenchman Street: Named for six French men who were executed for leading an uprising after Louisiana was ceded to Spain.

Napoleon Street: Named after the Emperor of France.

Tchoupitoulas Street: Named for an extinct Indian Tribe. The name is believed to mean “those who live at the river.”

Treme Street: Named for Claude Treme, whose plantation became the neighborhood of Treme.

Another unique attribute to New Orleans is how we speak and what we say. It’s almost like we have our own language. No worries though, I am going to prep you to speak just like a native New Orleanian!

Ever since New Orleans’ 1718 inception, the city’s multicultural settlers have woven their foreign expressions and pronunciations into shared language and ultimately transformed the dialect into the special jargon it is today. The Big Easy’s linguistic evolution blended decades-old influences from a diverse scenario of cultures and communities. Here is a list of the common words and phrases used in the Big Easy:

Pass a good time: It’s time to have fun.

Pinch the tail and suck the head: This phrase explains the proper way to eat crawfish.

Where y’at: This phrase is used to ask where you are.

Cher (sha): Derived from Cajun and Creole, a term of endearment used when greeting someone loved.

Gris-gris (gree-gree): Originated from Africa, a voodoo amulet that holds a spell that can be used for nefarious or noble purposes.

Dressed: When ordering a po-boy it means you want lettuce, tomatoes, pickles and mayo.

Faubourg: French word for suburb, refers to areas now in the city that would have been outside the original city limits.

Fais Do Do: A Cajun dance party.

Save the groceries: Put your groceries away.

Neutral ground: The median in the middle of a road.

Parish: Equivalent to a county.

Roux (roo): Used in French cuisine and New Orleans recipes as a thickening agent in soups and sauces.

Vieux Carré: Term used for the oldest neighborhood in the city, the French Quarter.

Ya mom’n’em: Your immediate family.

So, now that you know a little about New Orleans, it’s time to book your trip! You are prepared to take on the Big Easy—a town rich in culture and hospitality. You definitely will enjoy your stay!

We look forward to seeing everyone in August. And, while you’re at it, bring ya mom’n’em!

Tomica Duplessis is postmaster of Mandeville and chair of the 2022 National Conventon Host Branch Committee.